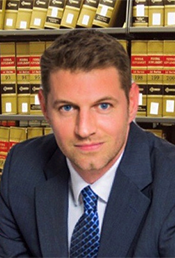 Nicolas Bagley is a partner and trial attorney at Friedman, Levy, Goldfarb & Green.

He has recovered millions of dollars for his severely injured clients and victims of civil rights abuses. His cases have been featured in the Daily News, NY Post and several other publications.

Mr. Bagley has been honored with several prestigious legal distinctions, including: