What Is Excessive Police Force During Arrest? 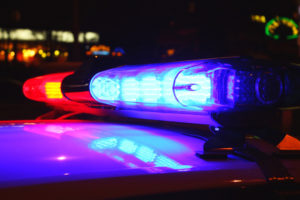 Police officers in New York City occasionally need to use reasonable force to protect themselves and the public. Where problems arise is when that force is not reasonable, but is instead excessive. Excessive force amounts to police brutality, and is not just a civil liability issue but also a violation of constitutional rights. So when is use of force by the police excessive?

Reasonable force by police is that which is necessary to apprehend and arrest a suspect. Once the force goes beyond that, it is potentially excessive.

Whether out of anger, frustration, or some other reason, police sometimes step well outside the bounds of necessary force and commit acts such as:

Whether an officer’s use of force was excessive is a very fact-specific determination.

Factors in determining whether police force was excessive

Some of the factors courts will look at in determining whether the police used more force than necessary include:

Cops are required to act reasonably based on what they know at the time of the arrest, so the factors are aimed at determining what would be reasonable. For someone who has been arrested, a New York police brutality lawyer can help determine whether a situation constituted excessive force.

What is the recourse for police excessive force?

Civil lawsuits against the officers, their superiors, or the police department are used to hold them accountable. Legal claims may include assault and battery, negligence, and civil rights violations.

There have been several high-profile cases in which victims of police brutality have recovered multi-million dollar awards after police exceeded their authority and caused physical harm. Most recently, in late October 2018, a man from Long Island City, Rudy Collins, filed an excessive force lawsuit against the NYPD over an incident that occurred in 2017. Collins, a 25-year-old youth basketball coach stopped for coffee on his way to game when he was stopped by NY officers who questioned where he was going, where he was coming from, and refusing to explain why they were questioning him. Collins alleges that despite his cooperation, the officers beat him, handcuffed him, and even twisted his genitals before detaining him for several hours without explanation.

How an NYC police brutality lawyer can help

Victims of excessive police force can face a number of unpleasant experiences, from physical trauma to emotional pain, fear, and embarrassment. The New York City police brutality attorneys at Friedman, Levy, Goldfarb & Green understand the effects that this kind of mistreatment can leave behind and are here to help fight for just compensation. Call today to schedule a confidential consultation.

5 Ways to Keep Your Teenagers Safe Behind the Wheel How Much Is a Wrongful Death Lawsuit Worth?