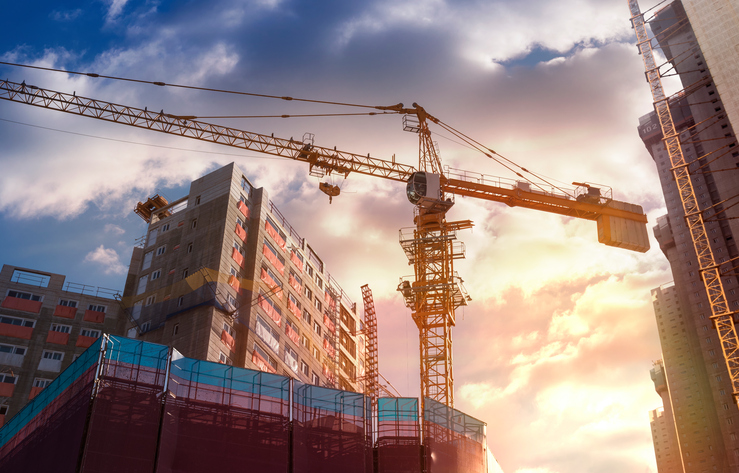 New York construction accident statistics show a steep increase in serious injuries and fatalities, while safety inspections decline. The New York Committee for Occupational Safety & Health called the 71 New York State construction worker deaths in 2016 “an epidemic of construction fatalities.” The numbers reflect a workplace culture that is not as dedicated to safety as it should be. The vast majority of these incidents are preventable.

Behind the numbers, dozens of New York families are suffering in the aftermath of serious disability or sudden death. Contacting a NYC construction accident attorney at Friedman, Levy, Goldfarb & Green will connect you with the services you need to receive expert medical care and pay for it through the exercise of your legal rights. Compensation for negligence claims may include past, present, and future medical expenses, loss of wages and productivity, emotional pain and suffering, and – in the event of death — loss of companionship and support, burial costs, and funeral expenses.

According to a report of the New York-Newark-Jersey City metro area published by the U.S. Bureau of Labor Statistics on March 12, 2018:

New York City worker fatalities have gone up 21.3% within the last five years for which data is available, but the problem is not just relegated to the city. New York State in general saw a 29.5% increase in occupational death rate during that same time period.

Despite the fact that New York ranks among the 13 safest states in occupational fatalities, its construction fatality rate puts the state among the 10 most dangerous states for construction workers.

What to Do After an On-the-job Injury

Most construction site accidents result in serious injuries, from broken bones and traumatic brain injuries, to spinal cord damage and electrocutions. The first step is always to call 9-1-1 and seek immediate medical attention. Even if your injuries were not severe enough to require emergency care, you should still see a doctor in the days that follow to report any minor symptoms. Sometimes seemingly minor aches and pains turn out to be worse than expected in the long run. Be sure to report the accident to a construction manager, project owner, or other superior at once. Later, you may need to report the accident to OSHA and insurance providers.

If you suspect your injury was not entirely your own fault, you are probably right! It’s best to seek legal counsel right away to avoid dismissal of your construction accident claim. The statute of limitations for most negligence claims in the State of New York is three years from the date of the accident. However, claims against a government agency or public entity must be filed within 90 days, with a lawsuit to follow within a year. For fatalities, loved ones have up to two years from the date of the accident to file a claim on behalf of the deceased.

If you work in New York City, Manhattan, Bronx, Long Island, or Brooklyn, have your on the job injury evaluated by a legal expert specializing in the field. Over the past 50 years, Friedman, Levy, Goldfarb & Green P.C. has developed a reputation for substantial personal injury settlements and jury awards. You need only look at some of our case summaries to get a sense of what we can achieve for you. Many of our NYC construction accident settlements have topped $1 million, $2 million, or even $3 million. Contact a New York construction accident lawyer for a free, no-obligation consultation to explore your full set of legal options. 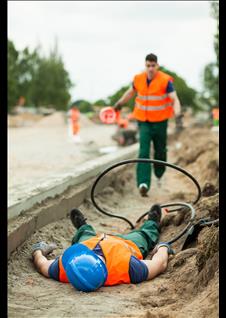 Because construction work is inherently dangerous, the risk of injury to workers is greater than in other industries and workplaces. However, construction workers have a right to a safe work environment. While construction injuries are usually covered under workers’ compensation laws, it may be possible to pursue a lawsuit based on negligence against site owners, contractors, subcontractors, their employees and agents for violations of applicable safety laws.

There are number of causes of construction accident including:

Construction accidents can lead to a variety of injuries and often times a qualified Construction Accident Lawyer in New York City is needed to get the maximum compensation for injuries and lost wages. For example, many injuries require fingers, toes and limbs to be amputated. In addition, broken bones and fractures are common as are shoulder, knee and ankle injuries. Workers can suffer head or brain injuries from falls or falling objects as well as spinal cord injuries or paralysis. Other common injuries include eye injuries or loss of vision, and hearing loss.

New York State Labor Law allows an injured construction worker to recover for certain types of construction accidents, even if no other workers were involved, such as falling off a ladder or scaffold, falling through an unprotected opening, or something falling onto them.

Friedman, Levy, Goldfarb & Green, P.C. has been representing injured construction workers for more than half a century, and we invite you to speak to us about your construction accident.

In order to recover damages against another person in a vehicular accident or slip and fall, on the other hand, one must be able to prove some type of negligence on the part of the other person. In other words, the other party must be in some way to blame for the accident. Examples in the cases mentioned would be reckless or drunk driving or poor property maintenance resulting in a floor surface that is irregular or slippery.

In Workers’ Compensation Cases, Fault-Finding Is Not Necessary

Differences in Damages in Workers’ Comp Cases and Other Personal Injury Cases
If it seems that the nature of workers’ compensation, in which you can be reimbursed at times for your own clumsiness, is too good to be true, it is. This is because, while workers’ comp will pay you compensation for your medical bills, any necessary vocational rehabilitation, lost earning capability or permanent impairment, it will not pay for your personal suffering. The cap on workers’ comp benefits, therefore, is much lower than the typical personal injury settlement once blame is assigned.

No fee unless we win. Call today for a free no obligation consultation!

When you file a personal injury lawsuit, you may be entitled to compensation for enduring pain and suffering, loss of enjoyment of life (hedonic damages), even damage to clothing or jewelry during the accident. In cases in which you can file for workers’ comp, however, you have foregone the right to sue your employer or co-workers for negligence and also the right to collect damages for pain and suffering.

Are Any Workers Legally Permitted to Sue Their Employers?

Yes, there are several categories of employees who are allowed to sue their employers and co-workers when they are injured on the job: (1) Police Officers and Firemen; (2) NYC Sanitation Workers; (3) NYC School Teachers and School Professionals; (4) Crew members of ships or boats; (5) Interstate railroad workers (including Metro North).